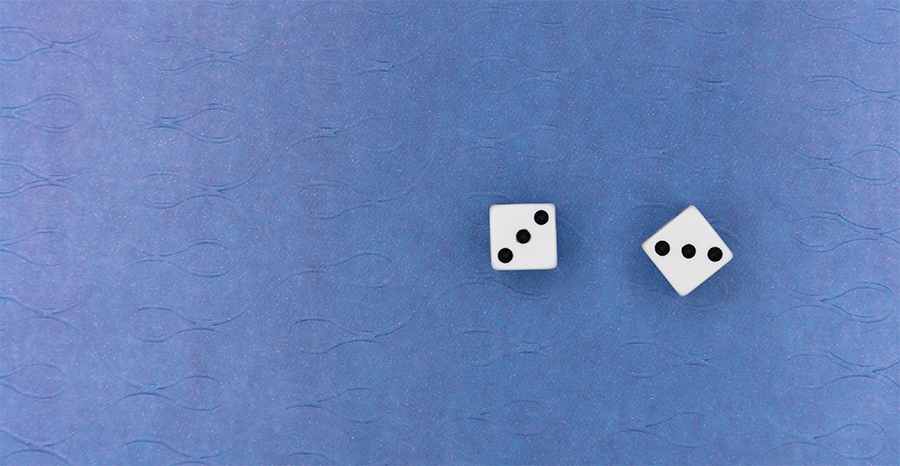 Posted on November 28, 2021 by Rob Harlow Posted in Leadership

Why every startup entrepreneur should plan for the possibility of failure and have a timeline for when to cut your losses.

“One year into Airbnb, we didn’t have any traction. We had launched three times, and yet it seemed nobody noticed. And of those that did, many didn’t like the idea.”  – Brian Chesky, Airbnb

Co-founder Brian Chesky recently took to LinkedIn to re-live a pivotal moment in the history of Airbnb, a company that is now valued at a whopping US$130 billion in autumn 2021.

“You know those binders that kids used to put baseball cards in growing up? We put credit cards in them. That’s how we originally funded Airbnb until we finally resorted to selling Barack Obama-themed collectible breakfast cereal, Obama O’s.”  – Brian Chesky, Airbnb

The success of Airbnb, formerly called Airbedandbreakfast.com, came down to a final punt. The founders had already been rejected by seven of Silicon Valley’s most prominent investors.

Their last ditch attempt was to get some investment by joining an American tech startup accelerator program called Y Combinator (YC), however they had already missed the deadline to apply – by a day.

Airbnb’s founders were lucky though because they had successful business advisors in the form of the justin.tv (now Twitch) founders who championed the startup. They helped them get an extension on that deadline and passed on insights into exactly what the program heads were looking for to ensure a successful application.

You need a clear timeline – and deadline

Let’s be honest, most startups don’t have the financial resources to continue if you are haemorrhaging cash on a monthly basis.

That’s why you should plan and budget your finances wisely even before you begin your business, so that your money stretches for as long as possible.

There’s an invisible line between when to keep going and when to give up, and success is often down to giving your business enough time to gain traction.

Businesses don’t always fail because they were wrong or run incompetently. Sometimes it’s pure luck. Even the best business ideas can simply be in the wrong place at the wrong time.

Take the electric vehicle (EV), which was invented by a Scotsman by the name of Robert Anderson around 1832. Several businesspeople of the time, Thomas Edison included, tried to commercialse EVs but by the 1920s it was considered a non-viable option.

Roll on 200 years and the leading electric car company, Tesla, is worth US$1 trillion, while one of today’s most exciting EV manufacturers, Rivian Automotive, which only entered the market in 2009, is already estimated to be worth US$27.6 billion.

What does that tell us? It’s okay to exit your startup in the knowledge that your idea is perhaps years ahead of its time.

It’s not until their third year that most businesses start to become profitable, so accept you will make losses. But have a deadline for when those losses need to be cut.

“We submitted the application and, miraculously, we got in. Before YC, Joe, Nate, and I agreed that we’d have a conversation on the last day of YC, known as Demo Day, and determine if we should still continue working on Airbnb. We never had to have that conversation. Midway through YC, Airbnb started getting traction. We raised an angel round from Sequoia Capital, and growth took off. The rest, as they say, is history.” – Brian Chesky, Airbnb

We always recommend a well-thought out financial plan. However, some of the biggest businesses come from a final punt that is sheer entrepreneurial risk.

Founder Frederick Smith took the remaining US$5,000 out of his struggling shipping business and gambled it on Blackjack in Las Vegas. Extraordinarily, Smith won US$27,000, which bought his company, FedEx, a few days to raise the capital (US$11 million) he really needed to truly succeed.

You’ve got to know when to hold ’em

Know when to fold ’em

Know when to walk away

And know when to run

You need the right kind of business champion

There will always be many doomsdayers and naysayers who tell you that your business doesn’t have legs. Sometimes there’s absolute truth in listening to them, and sometimes you need to trust your gut and keep going. How do you know when to do what?

You might have investors or family and friends telling you that your business idea is the best thing since sliced bread and that you shouldn’t give up. Perhaps they are telling you the exact opposite. The answer is anyone with vested interests are not the best people to advise you.

You need to listen to the people who are not invested in your startup in any way, be it emotionally, mentally or financially. Ideally, you need a mentor with a business head who has their own successful leadership or entrepreneurial experience.

These are the people who are most likely to have your back, and can deliver the brutal truth of when to keep going and when to cut your losses.

An aside: Notice how Airbnb’s business champions were able to succinctly explain Airbnb’s concept – couchsurfing for money? Having a clear vision and offering that others can quickly understand and adopt is crucial.

You need to stay agile

Agility is crucial. If you’re founding a business with several people, there are often times you’ll disagree on the right next path, and the only way to find out what’s best is to test ideas quickly and constantly validate your offering through your customers.

It might be that your envisioned business has another prospect in a slightly different form. Always keep thinking about Plan B, C  and D so that you can pivot and adapt quickly if your original idea isn’t working.

What’s the difference between a pivoting and flailing business?

There are plenty of successful businesses that pivoted. Instagram, for example, was originally a location-based check-in app called Burbn.

On the verge of bankruptcy, a new CEO at Burberry decided to rein in the licensing of its iconic pattern while taking advantage of social media and digital marketing to regain its exclusive and long-standing luxury appeal.

If you don’t think you’re the person to move the business into a new direction, consider who can.

You shouldn’t need to have a huge shift in your business model. If it feels like a completely different business, it probably is.

You need to avoid limbo

Entrepreneurs are hard-wired for persistence.

“The day I quit is the day before I succeed.”

We’re filled with grit and determination, and are all too familiar with hearing stories of hustle and eventual success at the final hour like Airbnb.

But, successful entrepreneurs are also the ones who accept failure and move on.

Sometimes you don’t have a choice about when to shut down your business. If finances have dried out before you expected then the decision is made for you.

Occasionally, you do have a choice, and it’s a tough decision as you fight between your head and heart, the professional and the personal.

Before many startups officially close they fall into a state of limbo. This happens due to the founder’s fear of what comes next.

The leadership stops taking any decisions, but doesn’t shut down the business or give it a final aggressive push or pivot for growth. The result? A slow-death.

The slow-death scenario is disappointing for investors, and heartbreaking for employees, both of whom would rather have upfront honesty.

Investors know they can lose money but will be particularly peeved if the losses are heavier from misrepresenting the true state or your business, or from blatant inaction.

There is such a thing as failing well.

You can avoid letting your stakeholders down by not giving false hope or leaving a messy ending for others to clean up. Whatever you do, you need to know you can meet your payroll in the interim, and give your employees enough time to find a new job.

You need to bounce back

Don’t let your reputation be in tatters for your next startup. Put yourself and your team in a position where you’re all ready to bounce back.

It’s natural as an entrepreneur to feel the loss of your business personally. You might have treated it like your baby with all the time, energy and resources you charged into it.

Once the initial disappointment has subsided, it’s time for you to do a business review.

Consider what did work, and what went well.

Try to avoid the blame game, and ask for feedback from people you worked with, including your staff, investors, suppliers, customers, as well as family and friends and your business mentors/champions.

Be open to the fact that you might have made poor decisions at times or had particular shortcomings that can be rectified in the future.

If in the future, you plan to launch another company, you will be able to better articulate why your previous ventures failed, which will be the first question on your potential investors’ lips, and share what you learned from the experience.

As Kenny Rogers would say:

‘Cause every hand’s a winner

And every hand’s a loser

And the best that you can hope for

Is to die in your sleep